Jorad was founded in 1984 by Don Turner, and has focused on helping people get the most out of their business endeavors both in the Napa Valley and across the country.

The Team at Jorad & Company would be happy to meet with you to determine if, and to what extent, we can be of service to you. 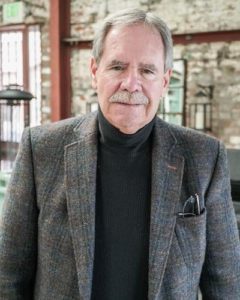 As founder of Jorad & Company, a business consulting firm that has been servicing the business community for over 24 years, Turner offers Jorad’s clients guidance in areas that they lack the experience or the expertise in and that are necessary to move their company forward. Many of Jorad’s clients come to us in need of general business direction, sources for new capital, specific accounting or legal needs or operational or fiscal reorganization. We try to offer them objectivity and an evaluation of their business environment with solutions to their problems. This often enables them to revitalize their company and move forward once again.

Turner, an East Coast Kid, grew up on Long Island and went to school in Vermont and Boston. He moved to California in 1972 and founded a restaurant company in Santa Barbara with several partners. After building that company to 22 restaurants he sold his interest in it in the early 1980s. In 1984 he founded Jorad & Company and has been at the helm of that company ever since.

In 1999 He acquired The Golden Bear Inn, a small hotel in Berkeley that has operated since 1946 and more recently became involved in The Irwin Street Inn, a Victorian inn in Hanford California. He has served on the board of directors for the California Restaurant Association, The Advisory Board of Santa Barbara City College, The Board of Directors of Mary Mount School in Santa Barbara and as a director for and Chairman of the California Lodging Industry Association. In addition, he serves as a director for a number of privately held corporations.

In addition to ownership in a number of companies that span the wine, construction and financial industries, Turner owns and operates Adjor, Inc., a  Florida based real estate investment and management company.

He is an active boatman, sailor, golfer and sportsman with extensive ties to Napa’s business and social community.